March’s ‘Big Wet’ brings solar reality check for my household, reminding us why having the grid is still a good thing 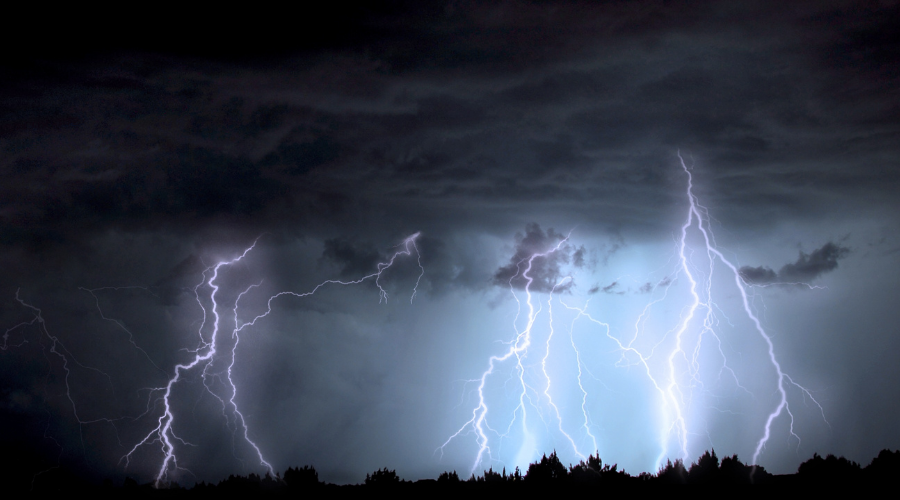 Is it right to be in two minds about the Australian Energy Market Commission’s controversial proposition to impose a targeted tariff on rooftop solar exports to the main grid? I love having my family’s home generate its own low-cost clean energy. But we need our connection to a stable electricity system too!

Every month for the preceding six months from September 2020 to February 2021 inclusive our 6.6kW solar system generated more electricity than our household consumed.

Since the system was installed in August 2020, we’d never known a monthly solar deficit versus total usage spread across the month!

Then in March the big wet came to Sydney and lots of other places too, and my household’s total usage for the month (758kWh) exceeded solar generation (596kWh).

In the worst week of the deluge, March 17-23, usage for the week was 202kWh compared with just 38.1kWh of solar generation.

This was a timely reminder. The sun can go missing in action, and not just at night!

The less than $1 a day we pay in network charges to have the service of the main electricity grid available 24/7/365 (most of the time, blackouts excepted) is money well spent. It augments our rooftop solar production for night-time usage, and provides us with a rainy-day ‘fallback position’.

So when the deluge came, the grid had our backs.

Below are two screenshots to illustrate my point. On the left is a single-day soggy shocker from March. On the right, meanwhile, is a near perfect solar day at the start of April.

FIGURE 2: My home in the worst wet week of March 2021 … and back to sunnier times

As you can see, it’s like chalk and cheese. The difference between old-style consumer dependency on the supply-side driven electricity grid and prosumer energy self-fulfilment (in daylight hours at least).

One thing I can forecast. My power bill covering March is going to be higher than in sunnier preceding months, and more than I want to be paying (I’m happy to pay about $60 a month for our grid connection and any power we draw from the main grid to cover us outside of daylight hours, and on cloudy or wet days).

Would investing in a home battery deliver a better outcome?

The March big wet did make me wonder how much better we might have fared if we’d invested in a circa $10,000 home battery as well as the $8000 solar system?

Friends who live less than 250 metres away did exactly that, maxing out on a 10.5kW solar system with a Tesla home battery. But as you can see below, the prolonged collapse in solar generation over the core week of the March rains sent their normally minimal reliance on the grid soaring as well (they used 239kWh for the week and only generated 54.1kWh from their solar panels, which wasn’t near enough to recharge their battery).

I’m keeping an open mind about adding a battery for my household too. But the ‘Big Wet’ hasn’t persuaded me that the numbers add up.

FIGURE 3: My friends’ home in the worst wet week of March 2021 … and back to sunnier times

The reckless libertarian in me loves the idea of going off-grid altogether and giving the finger to the energy establishment. But in my more community-minded realist mode, maintaining the umbilical cord of a main grid connection definitely has its upside.

It was a long time ago, in my youth in the 1970s, but I actually know what it can be like to live off the electricity grid.

My parents leapt at the chance to get connected to the grid, paying $6000-plus for the privilege (it was a lot of money back then).

If only rooftop solar as we know it now had been available then, with a lithium ion battery thrown in!

If I were planning to go off-grid now, in the third decade of the 21st century, I’d want to use granular data combined with technology expertise to harness a combination of some or all of solar PV, smart load management, on-site battery storage and an electric vehicle or vehicles.

Pragmatically, however, I figure that living in Sydney suburbia means that staying on the grid remains the only realistic option.

Dr Kuiper warned that the ‘worst possible outcome’ of the AEMC’s rule change would be for households to disconnect from the grid, creating an ‘energy death spiral’ in which more and more people disconnect and leave the cost of maintaining the network to a dwindling number of remaining households.

I do want a cleaner, smarter, fairer energy future. But I don’t want to endure an ‘energy death spiral’ to get there.

So why am I in two minds about the AEMC’s solar export tariff plan?

I get why prominent social welfare leaders who focus on energy are championing the proposed AEMC rule change.

They want to make energy costs more equitable across solar and non-solar homes, especially considering that most homes with rooftop solar are owner-occupied and rentals have comparatively low uptake.

The idea is that by making it a bit more costly to export solar production to the grid, at targeted times, people will be encouraged (or prodded) to optimise their self-consumption (including using smart tools like Wattwatchers) and to install home batteries or ‘solar sponge’ technologies such as electric hot water and electric vehicle charging.

Thus the core AEMC proposition will make solar homes pay a modest surcharge to export to the grid at times when the electricity system’s reliability for everyone is under greatest pressure from high voltage levels, or rampant oversupply, on sunny days when demand is low and supply is high (due to all the rooftop solar feeding in).

I also get why prominent rooftop solar advocates are opposing the AEMC prescription. They want the best deal on solar for those who have it, and the maximum incentive for homes that don’t have solar yet to get it.

Either way, the AEMC solar export tariff won’t fix everything on its own. At best, it’s tinkering at the edges of a grid transformation that still has a long way to run.

A full basket of solutions is required. It will include more smart tools. ‘Time variable’ and ‘local use’ tariff options. Emergency solar export controls with dynamic operating envelopes. Community-level batteries as well as home ones. Virtual power plants (VPPs), microgrids, grid-scale big batteries and pumped hydro storage. A proliferation of electric vehicles including vehicle-to-grid technologies, and much more.

Meantime, for me the big wet in March has reinforced the value of maintaining our home’s grid connection. Coupled with rooftop solar, it means we’re doing our bit to ensure the future electricity system is clean, smart, reliable and affordable for all.

MORE READING FROM ABC SCIENCE: Should solar owners pay to supply the grid, or are there other options? Here’s what you need to know

Murray Hogarth is Wattwatchers’ Director of Communications and Community Networks. This post was assisted by a Wattwatchers monitoring device and the mydata.energy app.