We have to break down the ‘energy is special’ mythology 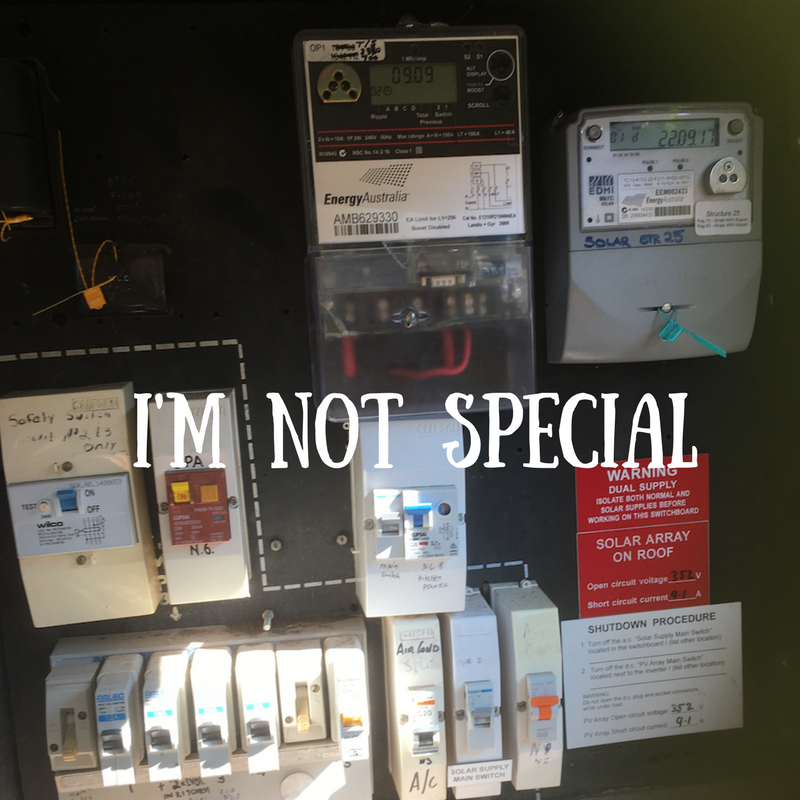 We’re all complicit in this as participants in the energy sector. ‘This’ is how we allow energy to be placed on a pedestal.

We treat electricity in particular as though it’s some ‘special case industry’ to which the normal rules of technological change, sensible policy-making and consumer rights somehow don’t apply.

We’ve created a kind of mythology that ‘energy is special’. We’re all caught in a form of large-scale Stockholm syndrome where we’ve been ‘programmed’ to accept that energy policy and markets have to be handled differently to just about everything else.

Now we need to be de-programmed.

The irony, and it’s a deeply frustrating one, is that we’ll never ‘fix’ energy until we get over this mass delusion and start treating energy pretty much like everything else that’s important in our society and economy.

Currently the special case mythology stands in the way of solving the great interwoven challenges we face in the form of affordability, reliability and emissions reduction.

Of growing concern, the current energy policy debate in Australia is on track to make things even worse, with the proposed National Energy Guarantee (the ‘NEG’) a prime case in point.

As the latest instalment in over a decade of abject energy policy failure at the national level, the NEG looks set to make energy even more special by ideologically ignoring rational market-based mechanisms like pricing carbon and global investment trends towards renewables.

Why? Ask the vested interests

Why do we make energy a special case? For starters, it suits a lot of vested interests.

Emphasising that electricity is an ‘essential service’ immediately justifies a range of special rules, requirements and interventions that might otherwise offend the free market that most of us espouse and aspire to uphold. Yes, it’s essential to have a secure energy system to run a strong contemporary economy, but it’s also important to get value-for-money from the system, to leverage technology developments to make the system better, and to build in sustainability.

The special case positioning is being used to hold out the digital revolution from sweeping the energy sector in the same way that it’s disrupted other sectors, from taxis to telcos and accommodation to air travel.

Even consumer champions are being sucked into the special case mythology.

In the current era of record high electricity prices for homes and businesses we hear more and more about vulnerable consumers and ‘energy poverty’.

There’s no doubt that soaring electricity and gas prices inflicted on consumers by chronic policy failure are causing hurt and harm. But this is another burden being placed on people who already are in wider financial stress. It’s not a special form of poverty unique to the special case energy sector.

In fact, treating energy as a special case is delaying technology and business model fixes that could help vulnerable consumers to manage costs better themselves, or have them case-managed for them by social welfare experts.

There’s no question that energy is important in our lives. But so are telecommunications, and transport, and other fundamental pillars of a smooth-functioning contemporary economy in the 21st century.

Phone and internet services suffer disruptions from time to time, and flights get delayed or cancelled fairly regularly, so the odd supply disruption for energy isn’t really cause for a national meltdown – except we make it so by embracing the special case mythology.

A key part of the problem is that far from deserving special case status by earning such enhanced consideration through excellence, the energy sector is covering up shoddy service and outdated technologies and business models by claiming that it’s different to almost everything else.

Imagine if your telco only billed you every three months, with estimated bills about a third of the time, no meaningful consumer-responsive ‘plan’ options, and often no real information on how usage is tracking day-to-day?

One of the indicators of this energy is special mythology is the special language that we build around it. Could there be a more acronym-ridden, rule-bound, mainly incomprehensible to the average human being subject area?

We keep doing it. A recent example is framing the term ‘peer-to-peer energy trading’. As though the concept of people exchanging something is immediately special when energy is involved, when conceptually it’s really no different to what millions of people do every day on eBay and Gumtree with all manner of products.

Or family data sharing on mobile phone plans, isn’t this peer to peer? How is this different to solar sharing? It still uses poles and wires somewhere in the chain, usually to multiple devices in different areas.

Instead of further fuelling the energy is special mythology, it’s far better that we focus on how we can make energy work with what people already do with nearly everything else in their lives, using technology to make the consumer experience easier, faster, less expensive and more satisfying.

Energy remains Exhibit A for the syndrome where science and engineering based industrial cultures want to ‘educate’ consumers to understand how extraordinarily complex and difficult it is to provide their product, rather than concentrate on delivering a better product that consumers ‘just get’ more easily.

This summer, the under-pressure energy sector is lining up to impose another piece of special case language on consumers in the form of ‘demand response’. I mean, it could make sense in some classroom economics discussion of the laws of supply and demand, but not in the real world of bill-paying energy consumers.

It actually means that households and businesses will be given tools, opportunities and incentives to use less electricity at key times when the supply of electricity is under stress, most likely when demand is surging such as during late afternoons in summer heat waves. Again, this is no different to early and even some current mobile phone plans, where users were given ‘all you can’ calls at certain times of low network use.

A phrase like ‘demand response’ makes perfect sense to industry engineer types, but out there in everyday consumer land we need something more user-experience friendly. How about ‘energy rewards’, changing the emphasis from system benefit to incentivising consumers themselves – given that their consent if not active participation is vital to making it work.

Bringing consumers on board for the difficult business of solving our big challenges with energy requires real focus on inviting them in. The language needs to be transformed, and the notion of the energy industry as a special case that can play by its own special rules needs to be banished forever.

*Gavin Dietz is CEO of Wattwatchers and a keen home technologist.