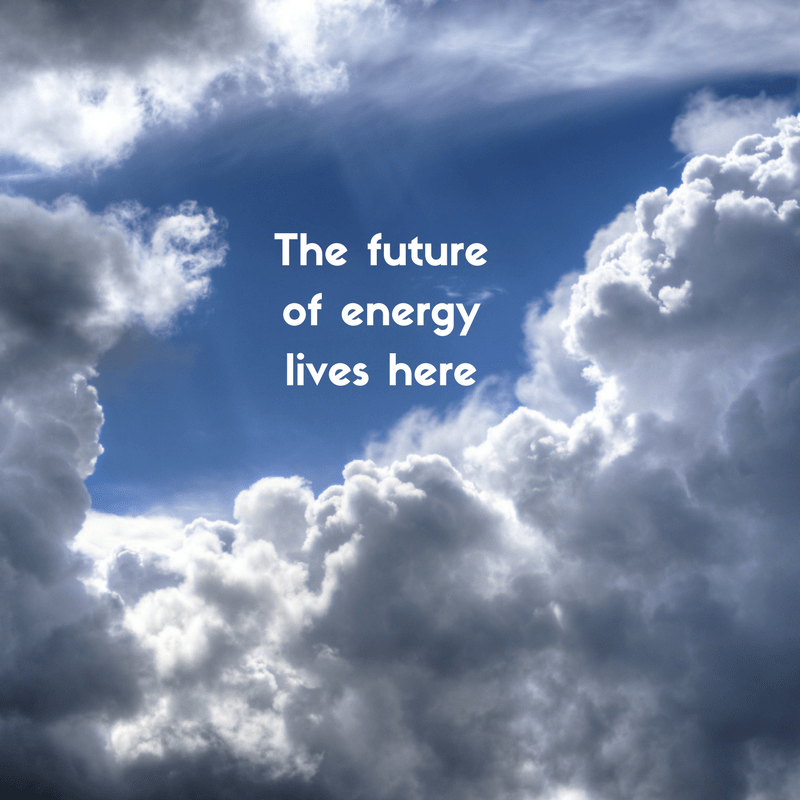 A prediction. In five years, at the end of 2022, we’ll be able to look back on the year nearly passed and say: ‘You know what, 2017 was a pivotal time for Australia’s energy transformation. That was the year it became inescapably clear that the future of energy is in the cloud not the coal mine.’

Embedded in these themes is a set of deeper trends: Technology is overtaking policy. Renewables are leaving coal in the dirt. Data is the secret sauce for change. The power of energy industry incumbents is being challenged by innovative new players and disrupted by emerging technologies and business models. Energy consumers are building their voice. Transition is now increasingly a process rather than an aspiration.

Renewables, especially solar PV, have surged again in 2017 to record levels; and this time it’s not just on home rooftops, extending to commercial sites, utility-scale solar farms, offshore wind on the horizon and bold new plays like the scientifically-assessed potential to distribute pumped hydro across the National Electricity Market. Coal looks beyond vulnerable, with the latest round of price hikes mid-year destroying any notion that fossil fuels equal low-cost energy, and ‘blame it all on renewables’ has failed as a viable political attack. Most importantly, energy marketplace change is coming in spite of the politics and formal policy-making rather than because of it.

People. It’s no coincidence that some of the world’s best and brightest industry figures are finding their way to Australia, drawn to its energy disruption opportunities, to work on the great transformation now unfolding. To name examples, a standout is the inspiring former New York energy change-maker Audrey Zibelman, who has been running the Australian Energy Market Operator (AEMO) since March of this year, with significant early impact; and AEMO in December also announced the appointment of its first Chief of Digital and Technology, Joe Locandro, who starts in March 2018.

On the corporate front, Silicon Valley-savvy technology entrepreneur Elisabeth Brinton has been put in charge of New Energy at one of Australia’s biggest energy companies, AGL. The bells of personnel change aren’t just ringing at one big company. They are getting louder at Australia’s other big-three energy retailers, Energy Australia and Origin Energy, and the big energy network businesses as well, with most if not all now having senior executives and whole teams working on things like ‘New Energy, ‘Future Energy’, ‘Emerging Technology’ and more.

Industry. This year also has brought serious change at traditional industry associations, most notably the Energy Networks Association collaborating with the scientifically-venerable CSIRO on their energy transition roadmap; then combining with the ARENA A-Lab to kick-start projects to engage communities, consumers and technology innovators alongside distribution network businesses.

The clean energy end of the industry association world is changing as well. In November, the distributed energy twins the Australian Solar Council and the Australian Energy Storage Council became the Smart Energy Council, overtly embracing digital technologies alongside PV panels and batteries. The Energy Efficiency Council, meanwhile, is openly embracing renewables and demand response alongside efficiency as a multifaceted transformation story. Then in December the Clean Energy Council advertised for a key new role, Director of Energy Transformation, a clear nod to changes in the operating environment.

Some of the more energetic new energy retailers are startups themselves – think Energy Locals, Mojo Power and Enova Energy – while the big three Energy Australia, Origin Energy and AGL Energy increasingly are playing in the startup space, as customers, project partners, investors and incubator/accelerator sponsors – with 2017 examples being Energy Australia with StartupBootcamp, and Origin Energy participating in the CalCEF-run global Free Electrons program and sponsoring the up-and-coming EnergyLab in Australia.

What’s also become very clear in 2017 is that the $10 billion allocated to the Clean Energy Finance Corporation (CEFC) and the $1.8 billion invested in the Australian Renewable Energy Agency (ARENA) is producing results. They are propelling a transformation plan and are having impact. Their investments in the case of the ‘green bank’ CEFC, and grants in the case of ARENA, are priming the pump of change. Some of the dollars find their way to innovative startups and emerging technologies, with bigger lumps going to proven technologies like large-scale solar and wind, scalable energy efficiency like LED lighting rollouts, and a now-heightened focus on demand response – most notably the 2017 launch of the $37.5 million ARENA-AEMO three-year program to create an ‘emergency pool’ to protect against the inevitability of more heat wave driven threats to grid stability.

Policy, meanwhile, requires only a short paragraph. The good policy highlight of the 2017 year is 49 out of the 50 recommendations from the landmark Finkel Review – led by Chief Scientist Alan Finkel – being adopted almost without question – because everyone was too busy fighting over the one that fell over, for a Clean Energy Target (CET). As for the latest three-letter acronym policy prescription, the National Energy Guarantee (NEG), it remains uncertain where that will land in 2018? Or what the policy will be by 2022, or 2030, or any other date that may seem significant?

Data. It’s early days, but 2017 has put energy data – and in particular consumers having ready access to and ownership of their energy data – on the agenda. The Productivity Commission is pushing data reform across a wide canvas of consumer information, including energy. The Australian Competition and Consumer Commission is getting involved. The Council of Australian Governments is running a national process focused on making consumer energy data from utility meters more available, both to consumers themselves and third parties looking to offer new energy services. Energy Consumers Australia is pressing for systemic changes similar to those that worked for the telecommunications sector. The Victorian Government, ahead of the game with its statewide rollout of 2.9 million ‘smart meters’ already completed, is planning a nation-leading ‘energy data hub’. Most of the nation, however, still has old-style meters that have to be read manually every three months or so. This data revolution has barely begun, but ultimately will be profoundly important as the internet of energy takes shape.

Australia can now realistically draw up a more future-ready energy roadmap that will phase out its entire fleet of ageing coal-fired power stations over coming decades, with Liddell in NSW already locked in for closure in 2022 after considerable controversy this year. It can move on to a renewables-dominated electricity grid that will be made fit-for-purpose by energy efficiency, demand response, well-targeted storage investments, electric vehicles, and a powerful intelligent overlay of smart energy management backed by information and communications technologies.

The future of energy really is in the cloud not the coal mine, and 2017 has brought Australia and the world significantly closer to that as a technological reality.