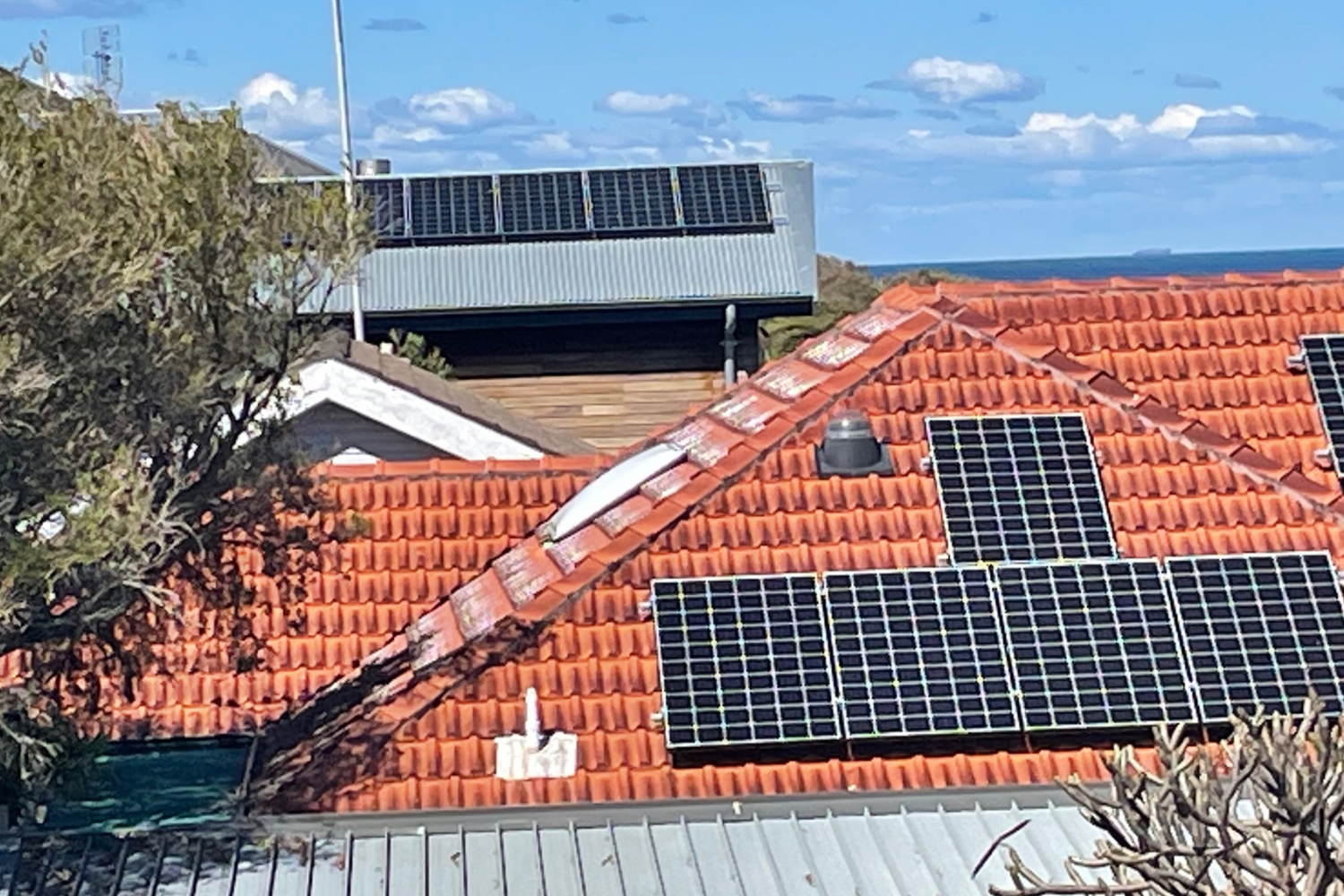 If you apply the KISS principle – keep it simple, stupid – to our energy future, then rooftop solar is simply amazing, electrification is the strategic inevitability, and electric vehicles will make it all come together even faster than many think! And yes, it’s more than OK to try this at home.

Now armed with a full year of granular data for our home, especially our solar and EV charging combo, my family only has one regret: we should have put even more photovoltaic panels on the roof.

The results have got me reading and researching more, and thinking again.

As a nation, even as a nation that leads the world on the uptake of small-scale rooftop solar systems, we keep wrestling with a simple and self-evident truth: solar is amazing! And it’s amazing at any scale, from home rooftops to mega solar farms.

But when it comes to ‘New Energy’ infrastructure, never forget the cumulative power and democratic impact of lots of small stuff like home solar.

Many small investments, distributed widely and integrated via data and digital tools, will deliver exactly the kind of flexible infrastructure that we need for a better energy future.

Take my family’s home. In the 12 months from September 1, 2020, to August 31, 2021, our household was effectively net zero emissions for running a house and a car on electricity.

Total electricity consumption for the home, whether sourced from the solar or the main grid, was 7949kWh. Total solar generation, meanwhile, was 7983kWh. The gap is just 34kWh.

So the difference was less than two days of our average daily electricity consumption, of 21.92kWh, across 365 days.

With a few additional solar panels on our roof, boosting the output from the 6.6kW system we installed in July 2020, we could easily have been generating 120% or more of our total consumption of electricity.

This is important to us. We got into home solar for all of the main reasons that motivate Australians, being saving money on electricity, greater independence from the main system, and doing better environmentally.

If a million homes in Australia had the same solar generation as my family’s home, that would equal over 80% of the generation output of a giant coal-fired power station the size of Yallourn, in Victoria’s Latrobe Valley.

The real number is already over 2.7 million rooftop solar sites, or a quarter of all homes.

Up the ante to 5 million homes, roughly half of Australia’s 10 million households, and the total solar generation would be about four Yallourn power station equivalents.

That’s a lot of clean energy – roughly 40,000 gigawatt hours (GWh), by my calculations, for 5 million homes. And it’s a lot of fossil fuel pollution that is retired, ultimately, and replaced with renewables.

Part of the beauty of all of this home solar generation is that the electrons are all used close to where they are produced. They don’t require expensive, wasteful long-distance transmission. They don’t even use much of the more localised poles and wires infrastructure.

Good luck to the neighbours

When I think about it, I couldn’t care less that nearly half of all the electricity we generated from our solar in the year flowed out of our house and would have been used by our neighbours (one of the great things about electrons is that they flow to the nearest place they can get used).

The important thing is that our $8000 investment in solar has made us effectively carbon neutral for all of the electricity we use, not just for the home, but for the electric car as well.

Even better, this micro-contribution towards a better outcome for the planet’s climate security has saved us money, for the house and the car, and it’s made our neighbours’ lives a little bit greener too (they don’t know that, but good luck to them).

We could have kept all of that solar electricity ourselves if we’d invested a further $10,000 or so on a home battery system, but that’s a lot more to pay for an outcome that doesn’t really do much extra to help the climate.

But if most Australian homes were the same as us for solar, the nation would be significantly closer to 100% net zero emissions overall, and this would happen way before 2050.

Simple but not simplistic

As a proud and happy solar owner, I take a simple view. But I don’t think it’s a simplistic one.

The nation is better off for having my family and millions like us investing our own money in electricity infrastructure.

I know that we solar owners create some technical challenges for the people and companies that have to manage our electricity grids and markets.

But don’t demonise us for that, nor try to find ways to charge us even more for the privilege of being connected to the grid, nor expect us to pay top dollar to get home batteries to do your job of balancing the grid.

At my place, we’re already contributing nearly half of our solar generation back to the grid at a feed-in charge rate that averages well under half of what we have to pay for electricity we draw from the grid. Then an energy company is immediately on-selling our electrons to our neighbours at full retail price.

In addition, even though we now only draw about a third of the electricity we use from the grid, we are still paying the full daily rate for network charges (currently 91 cents a day, or about $332 a year).

If you want us to stay connected to the grid, effectively using it as a big battery for the masses, then do your job and adapt the grid to fit the times and technologies.

It’s hardly surprising, to most people I expect, that the engineering and business models for running electricity grids in the 21st century are going to be different to the 20th century. Duh.

Embracing our solar bounty is a matter of accepting 80/20 outcomes, and not letting the perfect get in the way of the good.

There are no real technology showstoppers, and no real financial ones either. Quite the reverse. The clean electrification of everything* is becoming not just a great idea, but a great opportunity that is coming within our reach.

With the surge in electrification that will accompany the proliferation of electric vehicles over the next couple of decades, optimising grids to accommodate high penetration of rooftop solar is a priority. The costs will be modest when compared with the full suite of small and large infrastructure upgrades that will be required, and most likely it will more than pay its own way.

Vast numbers of rooftop solar systems – now headed for more than 3 million sites in Australia – won’t do the whole job. But it will do a lot of it, and in the right places!

It may be a bitter truth for the champions of fossil fuels, but solar pays its own way. It’s proven, it’s here to stay, and it will improve even more, and expand further. And the Australian Energy Market Operator (AEMO) knows it, too, as Renew Economy has reported.

*Check out what Australian-American inventor Dr Saul Griffith. author of the forthcoming book Electrify, has to say about Rewiring America, Rewiring Australia and a future where ‘Clean Electrification is the Efficiency’.

My earlier blog post, How my power company is misleading me with every bill I get

Murray Hogarth is Director of Communications and Community Networks with Wattwatchers Digital Energy.

All Posts »
PrevPreviousWe’re building it: come on in and build your own too
NextCongratulations to Brentwood Secondary College: you’re a winner!Next