Our CEO shares how solar saves money and makes him happier. Fair dinkum! 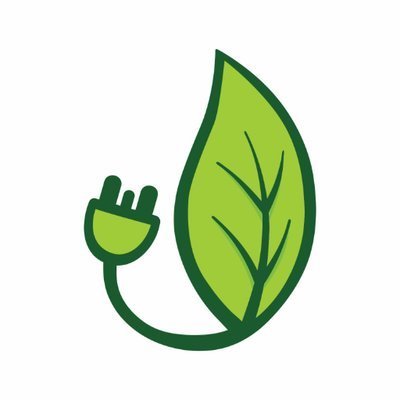 Populist sloganeering to promote coal-fired generation is morphing into a people-power-meets-clean-energy movement in real-time, led by a billionaire technologist. Here’s a personal take on it, posted for …

I am a fair dinkum Australian. I come from Brisbane originally, one of the dodgy parts back in the day. I’ve had a go in life and business, and I’ve done fairly well. Bully for me.

Like nearly two million Australian households, I have solar PV on my rooftop. It saves me money and empowers me because I know it is better for the planet, and therefore my kids, and I like to feel more independent of ‘the system’.

So I know ‘fair dinkum’ electricity generation does not need coal. Few things are more fair dinkum in my life than the sun-generated electrons that come off my roof and power my air-conditioning, my clothes dryer, my pool pump and many other electrical appliances.

I could add home battery energy storage to my home and become even more self sufficient. I will at some stage. The economics don’t quite add yet, but they will.

So, as things stand, I’m still connected to the electricity grid and inevitably some of the electrons my household uses come from traditional large coal-fired power stations. Those are the most expensive electrons in my family’s daily life, because the energy company charges us a lot more cents per kilowatt-hour for them than the ones from my rooftop PV cost me.

Do I value the grid-supplied ones more because black rocks were dug up and burned, and water was boiled, and steam created, and massive turbines spun, and then the electrons were transmitted hundreds of kilometres so I can turn my lights on? Do I think they are more fair dinkum than my solar-generated electrons?

Not on your life.

Nor do I see many people around me who look at their power bills in ideological terms. Most of them think dollars only, some care for the planet as well.

I’m not highly politically engaged myself, though if anything I lean towards a form of conservatism that is economically dry and socially more progressive. In normal circumstances a half-competent and coherent centre-right government would be able to rely on my vote, and those of many middle Australians like me.

But fair dinkum, right now that’s not what I am seeing. Let’s break this down a bit.

To the extent that I have political passions, they revolve most strongly around a fair go for consumers and the universal democratising power of technological innovation – digitisation, the cloud, the internet of things, and well thought out artificial intelligence.

Above all I am a keen technologist, both home-amateur and professionally, and I am confident that’s about as dinky-di Aussie as you can get, because Australians left to their own devices (literally) are some of the fastest in the world to adopt new technologies.

(A proof point: Australia went from roughly 10,000 rooftop solar PV systems in 2007 to nearly 2 million in 2018, the world’s stand-out highest uptake in real terms, because this was a new technology spending decision people could make themselves, at a time when coal’s core consumer promise of cheaper power forever was collapsing and electricity bills were doubling.)

I am convinced that this is where some conservative politicians and commentators are totally misreading the Australian electorate, a voting public that they need to win over by May next year if the current governing parties in Canberra want to hold on to political power. To do that, they need people like me inside the tent, not throwing rocks from outside.

Political market research is unequivocal, Australians across party lines to the order of 80-90 percent love rooftop solar PV, and a smaller but still clear majority see renewables as the future over coal – as does global capital, which is voting with many billions of dollars every year. There’s also no love for traditional energy utilities among the people.

People aren’t dumb. They get that the world moves on, and you don’t see anyone sloganeering for ‘fair dinkum horsepower’ just because until a century ago equines had been the main form of personal mobility service provision to people for 4000 years. Hayburners got retired by the internal combustion engine and big oil, and now they’ll get phased out in turn by electric and hydrogen fuel cell vehicles and clean electrons.

Which brings me back to the #FairDinkumPower meme and movement now being ignited in real-time by Sydney-based Australian co-founder of technology unicorn Atlassian, Mike Cannon-Brookes, a recently-minted self-made billionaire who cares about the future of the planet.

Last year a tweet by Cannon-Brookes propelled global technology superstar Elon Musk, the Tesla founder, into building South Australia’s extraordinary ‘big battery’. I know Musk is South African by origin, but he’s very American in the way he wields his contemporary billionaire power. Cannon-Brookes, for mine, is far more fair dinkum than Musk.

Like Cannon-Brookes, I’m a husband and a father and I care deeply about climate change.  I love sustainability a whole lot more than obsolete and misdirected political ideologies, underwritten by big corporate donations, and I want my children to have both jobs and a coastline they can live near with confidence.

Cannon-Brookes was both right, and personally powerful enough to call out the coal old mates ‘fair dinkum’ power generation #BS this week, and we should all reject the notion that coal and gas are somehow inherently better than sun and wind combined with firming technologies like batteries and pumped hydro. Renewables are not to blame for high costs. Bloated legacy systems, over-investment in the wrong technologies (like so-called ‘smart meters’), and a lack of evidence-based policymaking have all caused this outcome.

In pragmatic business terms, there is at least 30 percent inefficiency in the current electricity system. Take this out, just by being smarter with energy, both behaviourally and technology-wise, and you have a reasonable base of money to invest in lower electricity bills and much cleaner power long-term.

I know. I got my own bills down from $500 a month to $200 a month. I still use crap loads of power to maintain the lifestyle my family wants, which is definitely not shivering in the dark, and we still manage to export excess solar to the grid.

There’s such a rich vision here, if only a political leader would grab hold of it with both hands and speak to a better energy future. Australia can be the Silicon Valley of the world for energy. Generating jobs, knowledge and export income.

But we’re still being told: ‘No. let’s continue to dig up and burn coal.’

Fair dinkum, that sucks, and most people know it.

For our part, Wattwatchers has created state-of-the-art technologies for enabling the digitisation of the grid and all the innovation it can unlock. Coal underpinned our nation’s Grid 1.0, but clean electrons, megabytes of data and empowered consumers will drive us to Grid 2.0.

Cannon-Brookes is right. It’s time. Let’s build a movement. Let’s change the world for the better for ourselves, our economy and most importantly our children.

Renewable energy is ‘Fair Dinkum Power’. Its trajectory is to become even cheaper and better. Australian innovation companies are leading the way – especially at the small-scale level of PV on the rooftops of homes and businesses, and soon batteries and electric vehicles in the garages of the nation – developing the tech, the job skills, and the knowledge that can power the future.

We will have many apps for that!

*Gavin Dietz is the CEO of Sydney-based Wattwatchers Digital Energy. In a previous career life he was the global IT lead for the world’s largest smart meter manufacturer, Landis+Gyr.