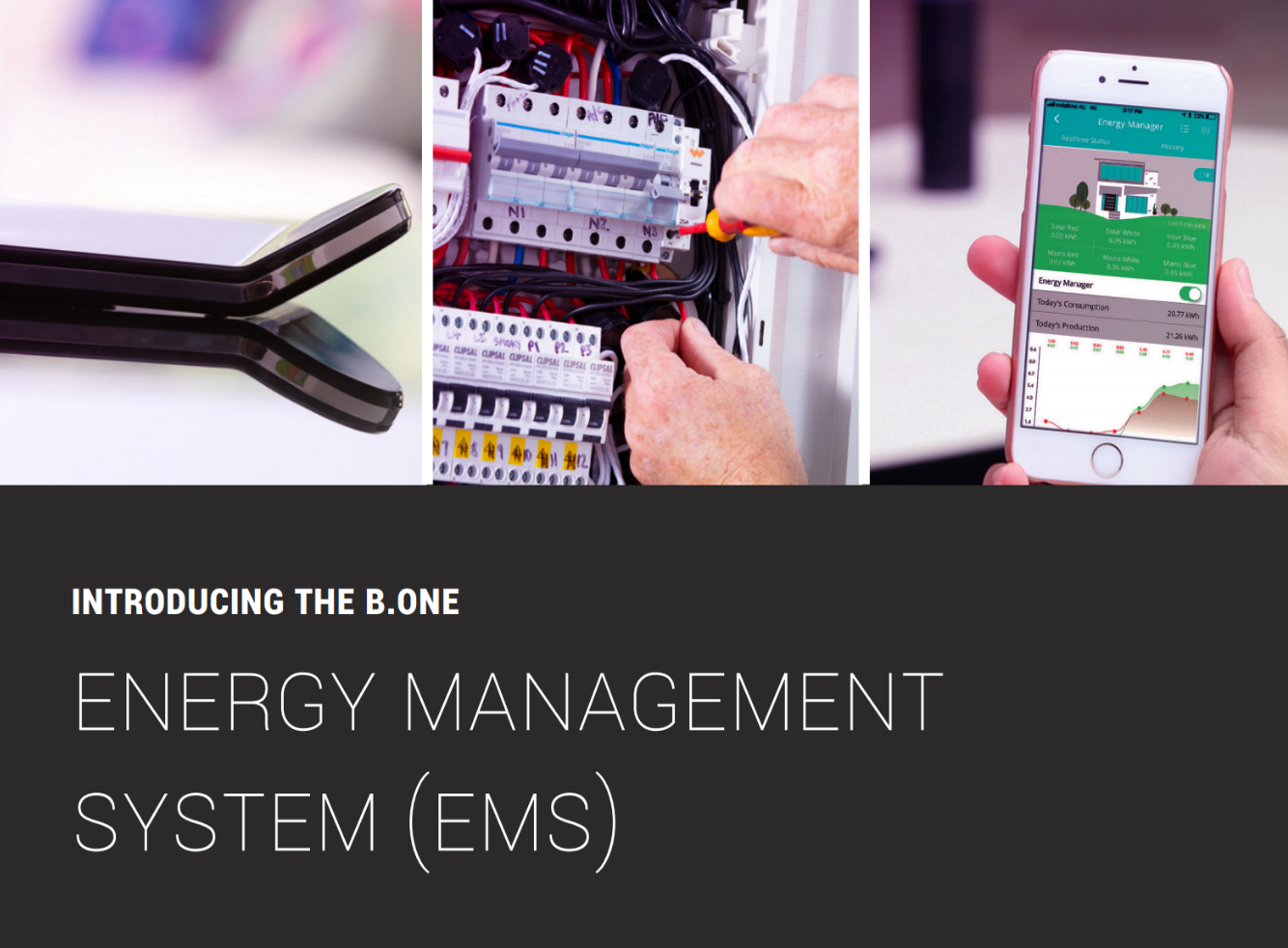 In years gone by the early iterations of ‘smart home’ and ‘smart office’ hubs, and ‘home automation’, have proved to be rather underwhelming. There was a bit of lighting control and a few security features, but not a lot else.

Consumers at home and small business levels figured that out, and mainly stayed away. A relatively small number got swept up in the prototype hype and rushed in, most spending too much for too little – and frequently being left disappointed.

So what’s different now? For starters, smart energy is meeting smart home. A case in point is Wattwatchers, the Australian digital energy company I work with, and our new partners B.one, the internationally-developed smart hub. This has the potential to be a very profound relationship, for both the companies and consumers. Plus, we have the cloud now, and machine learning and artificial intelligence are on the rise. 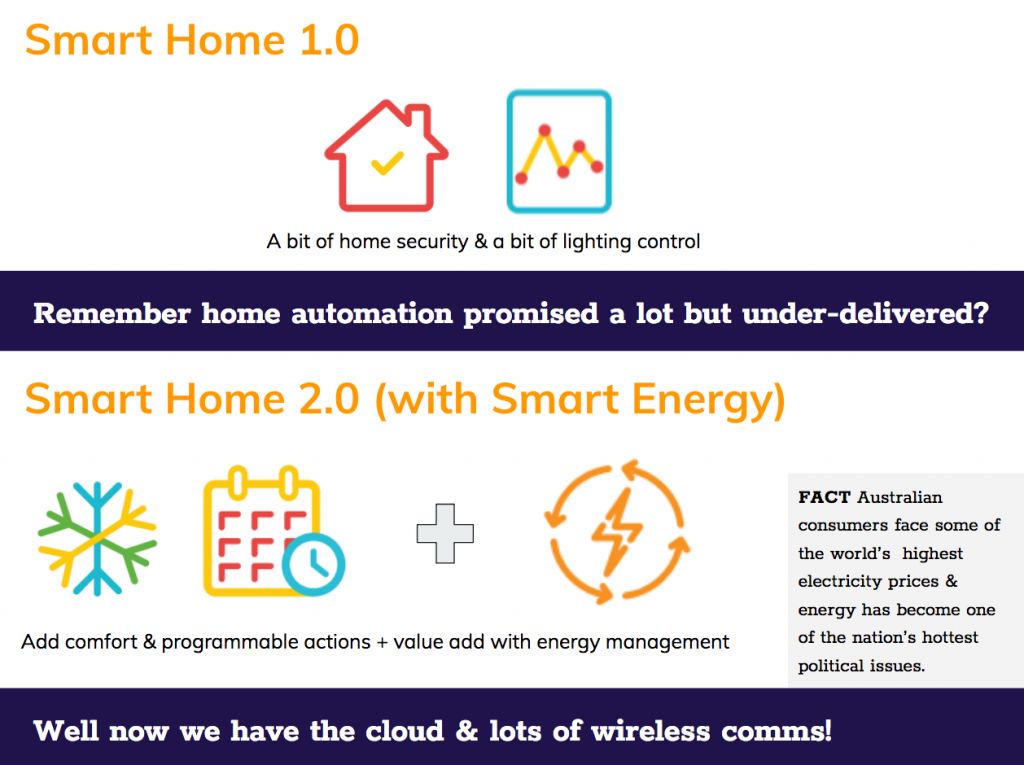 This next generation of ‘smart’ will do a lot of clever and entertaining things, but it also will add real dollar value in key areas such as electricity – which in Australia has hit record price territory, and simultaneously is entering an exciting transition era.

There’s an energy revolution going on, with the traditional centralised system based on large-scale generation such as coal-fired power stations (Grid 1.0) being replaced rapidly by distributed and clean energy solutions led by rooftop solar PV, and increasingly on-site battery storage systems and electric vehicles (Grid 2.0). 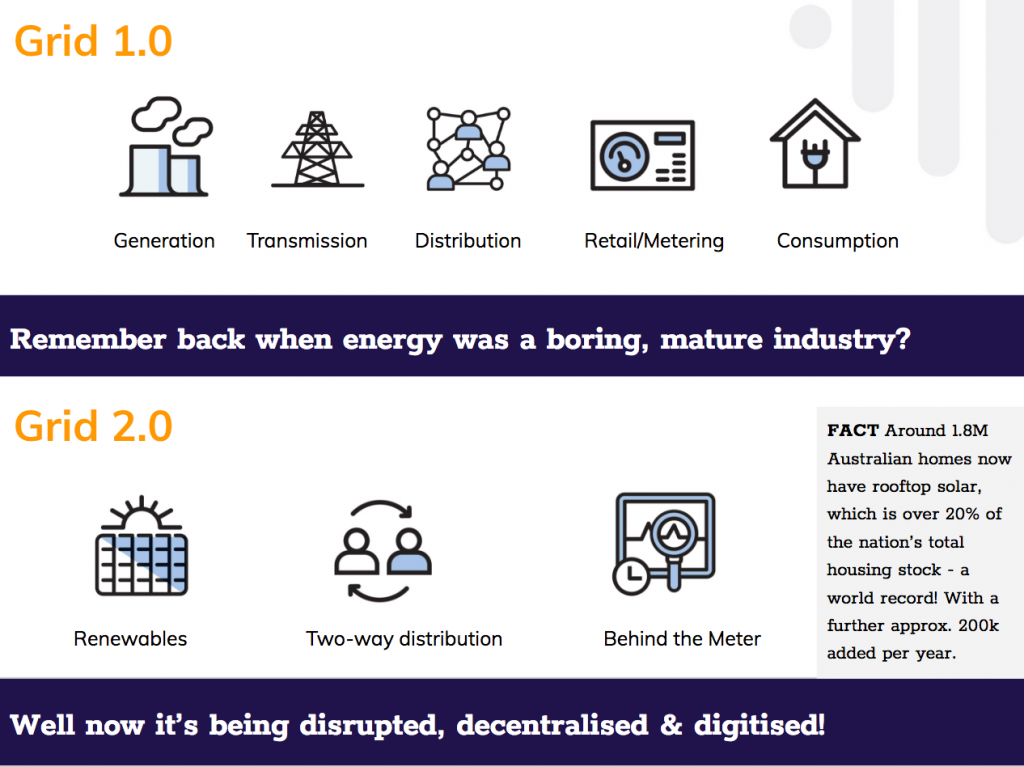 In this ‘new energy’ operating environment, energy consumers are becoming ‘prosumers’ who don’t just consume energy, and pay for it like a tax, but also can generate, store and trade it with the grid and even transact peer-to-peer (a bit like Gumtree or eBay for energy, with an ‘energy app store’ too, and blockchain-enabled energy equivalents of cryptocurrencies). The energy game is changing fast!

We explore some of the ‘new energy’ use cases below. But before we get to that, it’s worth noting that the foundation days of ‘smart energy’ also have been underwhelming for many people.

Utility-style so-called ‘smart meters’ have been a global disappointment. Many people also have been left unsatisfied by early generation home energy monitoring systems that go straight into a draw when the batteries run out (the Americans have an ironic metric for this, MTTKD, an acronym for ‘Mean Time To Kitchen Draw’).

Alternatively, devices keep on transmitting relentlessly, but bombard you with text alerts about trivial power consumption items like overuse of hair-dryers, what the vacuum cleaner is doing, or ‘Have you left the iron on?’.  Consumer interest in mere monitoring and visualisations tends to plateau quickly, because there’s only a very limited number of people who want to obsess about energy to save a dollar a day.

To navigate the ‘new energy’ era, people need a plan … and they need data and the right smart tools. This is where a technology like Wattwatchers comes to the fore. 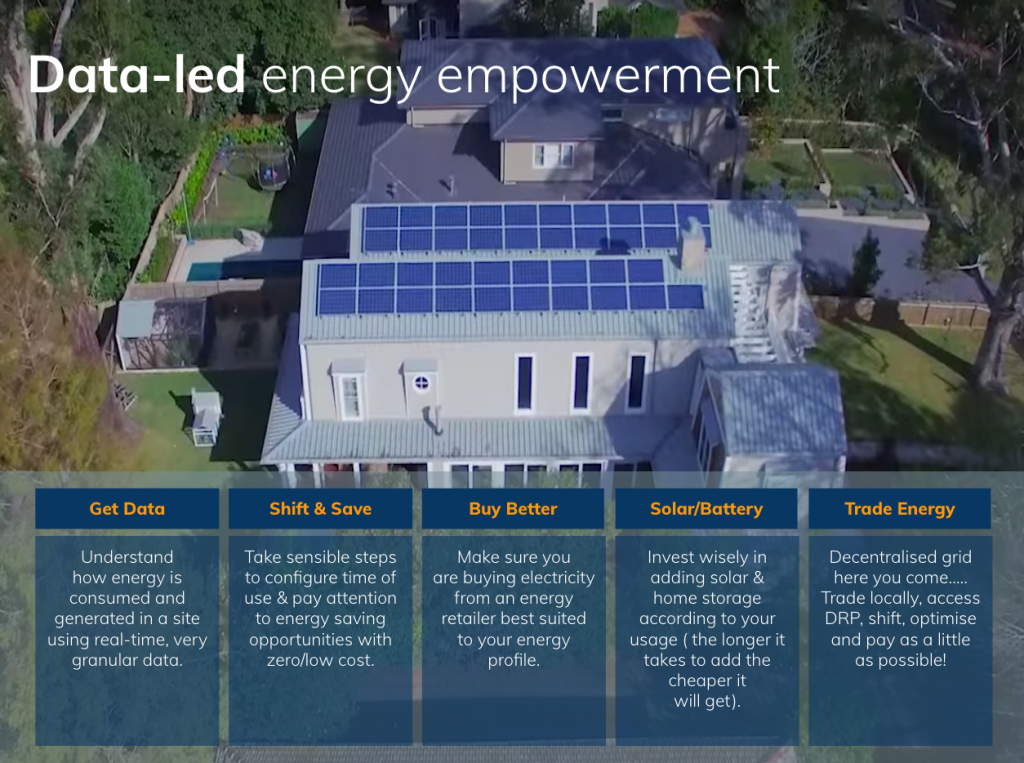 What people really want is intelligence that ‘Tells me what I need to do’, or even better, data-supported automation that ‘Does it for me!’ This is where a technology like the B1 Hub comes in, combined with Wattwatchers and tens of thousands of energy measurement data points a day from a home or small business, adding extra layers of smart analytics and control.

So while smart energy and smart home/office hubs have both been getting their technology acts together, and in the case of Wattwatchers and B.one are getting their products together as well, the key question that consumers will continue to have is this: ‘Where’s the value for me?’

To recap, the exciting aspect of the intersection of energy management and convenience automation is that both become more valuable, and in tandem they can make people’s day-to-day lives easier while at the same time delivering at the financial bottom line.

Let’s face it. Energy management to deliver ‘more efficiencies’ and ‘reduce marginal costs’ has limited X factor. By contrast, adding meaningful convenience through automation and logic can do more attractive things for you, the consumer, and has much greater appeal. Nonetheless, it’s the energy part that delivers the most tangible financial return on investment.

So what are some of the use cases? The fact is that abundant data and control functionality can make your life better: 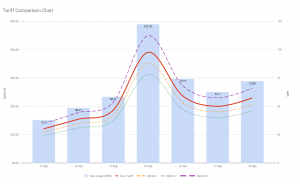 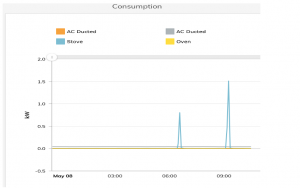 There’s a long and growing list of other use cases, and these can have substantial costs savings and even earn money for energy consumers, including:

The combination of on-site real-time data capture and remote control through the cloud with smart hub automation and communications integration will become increasingly important to making ‘new energy’ work for both end consumers and the electricity system as a whole.