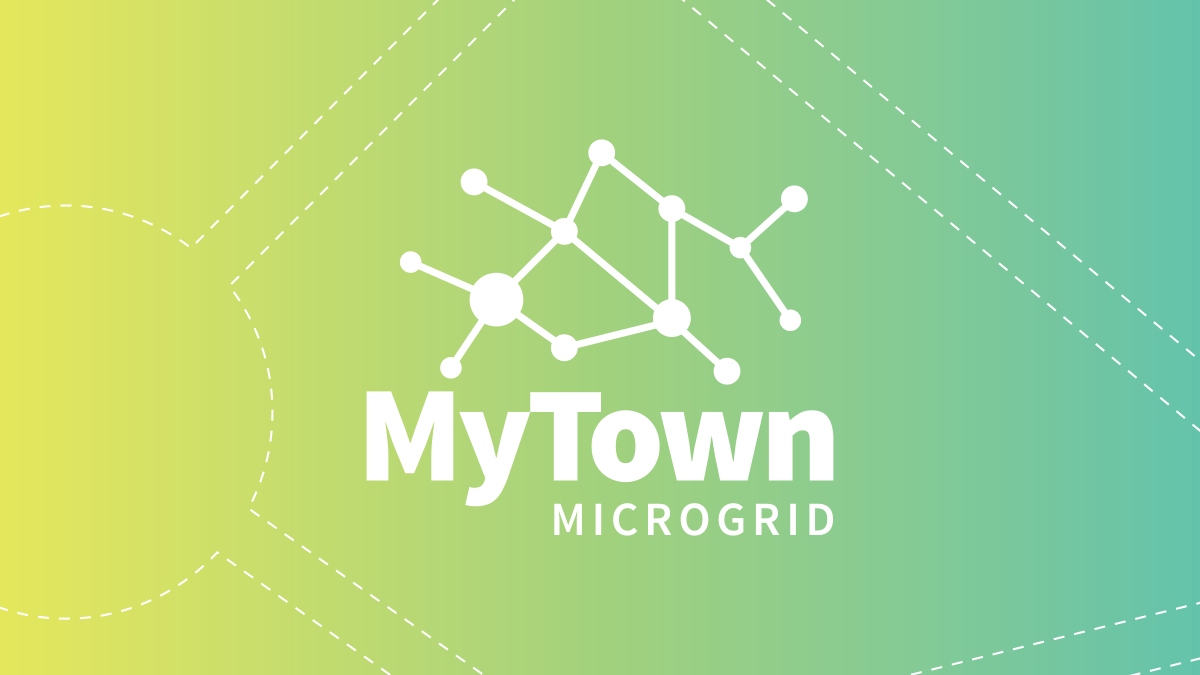 It’s a long way from the summery Gippsland region of eastern Australia to polar vortex-hit Texas in the US, but local microgrids are on the agenda in both places as the world searches for smart energy solutions to make traditionally large, centralised power grids cleaner, more affordable and reliable, and less vulnerable to catastrophic failure. Here’s how one regional community is rising to this challenge by becoming an ‘energy data town’.

The MyTown Microgrid project is officially launching this evening (February 25) in the Victorian country town of Heyfield, about 200km from Melbourne in the East Gippsland. Even in these COVID-afflicted times, the power of a proactive community will be celebrated by dozens of locals and a sprinkling of out-of-town visitors who are collaborating to create a better energy future.

At the heart of this community initiative is the Heyfield Community Resources Centre (HCRC), which among other activities runs the town’s Neighbourhood House and its Men’s Shed, and a decade ago won national recognition for a people-powered energy efficiency and sustainability project that successfully engaged nearly half of the town’s 700 households.

Now Heyfield has set its sights on an even more ambitious intervention, as part of its broad objective to become ‘totally renewable’. The HCRC is co-leading the Australian Government-funded microgrid feasibility assessment project, along with Wattwatchers Digital Energy as the grant recipient and main technology partner. The UTS Institute for Sustainable Futures (UTS ISF) is the project manager and research coordinator, with additional partners including the Latrobe Valley Authority (LVA), AusNet Services, Federation University, RMIT, the Consumer Power Agency and the Public Interest Advocacy Centre.

For Wattwatchers, the Heyfield project represents a rare if not unique opportunity to deploy, demonstrate and further develop our full suite of solutions across our hardware devices, cloud infrastructure (API), mydata.energy consumer app, ADEPT IoT integration and Machine Learning platform, and also our major projects – MyTown Microgrid, backed by the federal Regional and Remote Communities Reliability Fund (RRCRF), and My Energy Marketplace supported by the Australian Renewable Energy Agency (ARENA).

By concentrating deployments in one small local area – and augmenting Wattwatchers data with datasets from other sources such as home energy questionnaires, smart meters, networks and weather conditions – Heyfield is on its way to becoming Australia’s ‘energy data town’. Already nearly 50 residential sites in the Heyfield area have been installed with Wattwatchers, attesting to the enthusiasm among locals for smart energy action, and about 100 more sites will be installed in 2021 – including businesses, schools, homes and public displays.

Hundreds of students at the town’s two primary schools will be treated to new ‘energy and education’ opportunities thanks to Wattwatchers’ partner Solar Schools, including the Planet Watch teacher-led gamification, helping to boost energy literacy in Heyfield by integrating electricity data into the curriculum to engage school communities.

By its classic definition, a microgrid is most likely to be a small electricity system that operates standalone from main grids. It could be a whole area or community, an industrial site or precinct, a university campus, or other clearly defined operations – and under a looser definition, it also can mean only partial separation from the main grid, while still being able to lean on it for backup if needed (a bit like a home with solar that remains grid-connected, while generating a lot of its own electricity).

Just as going 100 percent ‘off grid’ can be a complex decision for individual consumers, making the full move to a standalone microgrid represents a big decision for a community, and one that needs to be made collectively by well-informed locals. This is where the MyTown Microgrid project comes into play, based as it is on a combination of rich data and deep engagement of the local community throughout a three-year process – the key results of which will be an in-depth assessment of Heyfield’s own options, and a toolset for other communities to follow if they want to explore similar paths.

Heyfield folk – and others like them in hundreds of local communities around Australia – are looking to potential microgrid projects and similar ‘New Energy’ solutions to make their electricity supplies cleaner, more reliable and less expensive. Their conversations echo others that are happening around the world as analogue, centralised grids give way to digitalised and distributed ones, and fossil fuels are replaced by renewables, disrupting a critical 21st century industry that needs to reliably deliver an essential service.

Lessons from the Texan big freeze

Texans, for example, have just seen one of the world’s largest competitive electricity marketplaces brought close to collapse by extremely frigid weather caused by a polar vortex phenomenon that brought arctic conditions to a southern US state that mainly worries about heat rather than cold (The Texas Grid Is The Latest Too-Big-To-Fail Story … and also see The Conversation’s Texas electricity grid failure shows how microgrids offer hope for a better future).

In Australia, meanwhile, in communities like Heyfield, it’s much more likely to be extreme heat and fires that threaten grid stability with weather-induced failure. But whether it’s heat or cold, which are really two sides of the same coin, it’s weather extremes that are highlighting the inherent vulnerabilities of large electricity systems everywhere to ‘fail big’ if enough things go wrong at the same time.

This at a time when our daily lives are more reliant on electricity than ever, and an ‘all-electric’ future beckons with buildings, industry and mobility all able to be powered by renewably-generated electricity, primarily from wind farms and solar PV. A lot of the solar is hosted on home rooftops, turning electricity consumers into prosumers who feed their home-generated electrons into the grid, as well as getting power from it, and increasingly data, digital tools and the Internet are becoming crucial to how all of this is managed by consumers themselves, and also by markets and networks for the smooth operation of electricity systems that are adapting to the rise of distributed energy resources (DERs).

In Texas, microgrids are still only a small part of today’s electricity system, but are expected to become more common. In the wake of the February big freeze, at least one highly-informed market observer is looking to the Internet to provide a blueprint for intelligent grid transformation thanks to apocalyptic weather exposing the weaknesses of a large but ‘brittle’ system.

‘Computers offer an example of a technology that evolved over the years from brittle to distributed and flexible. Early computing relied on large monolithic machines that easily failed. Now computing is undertaken by a federation of small devices. If one fails the others pick up the slack. The Internet is a prime example of a distributed system.’ – Kay Aikin, CEO of Dynamic Grid and a member of the Gridwise Alliance, which advises the US Department of Energy on grid modernisation and architecture.

At Wattwatchers, there’s every expectation that data will underpin Grid 2.0, the next generation of electricity systems that will incorporate the energy equivalent of contemporary computing’s ‘federation of small devices’. The positive impact of this will be felt across individual consumers, local communities, enterprise and the power industry itself, building in reliability and resilience while enabling the integration of more and more DERs – the rooftop solar, battery storage systems, electric vehicles and all manner of smart automations and other solutions that make up ‘New Energy’. 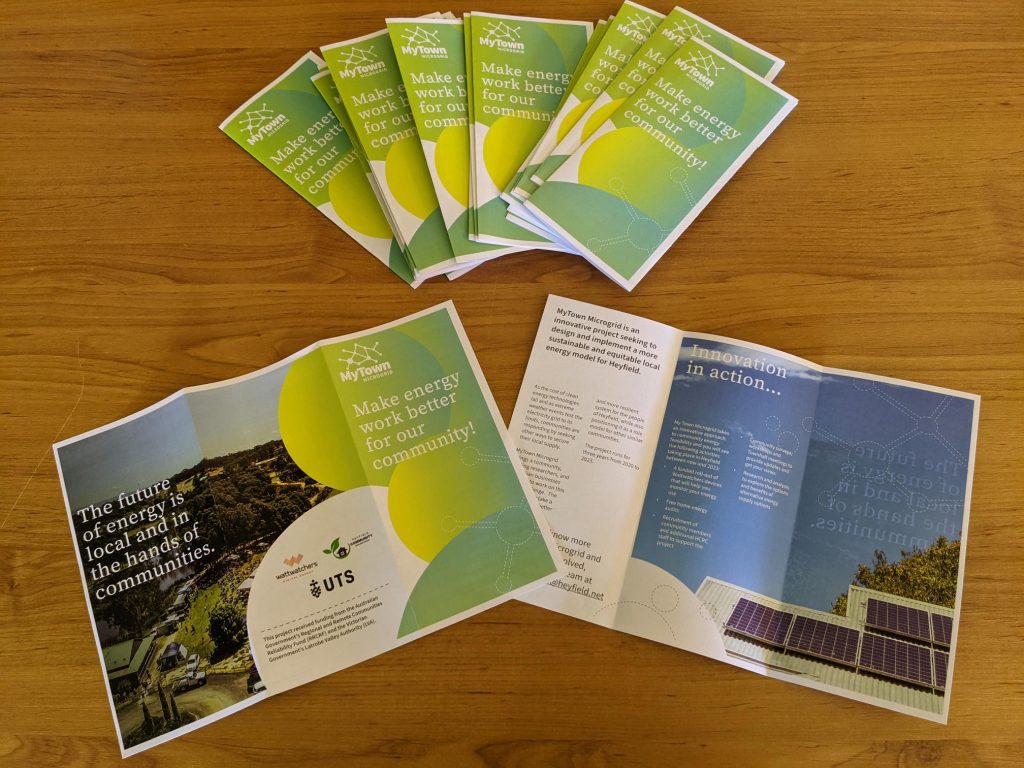