Personalised energy use patterns, weather forecasts and tariffs are just a few of the 42 data points used by Evergen’s CSIRO-developed Energy Intelligence algorithm, all aimed at maximising the householder’s return on their investment in solar energy. Now Evergen has added Wattwatchers as well!

But Evergen wants to do even better, which has led to a partnership with Wattwatchers.

When Wattwatchers recently announced that we were joining Evergen in major property group Mirvac’s showcase ‘House with No Bills’, it was exciting news in its own right. But we were biding our time while we worked with Evergen on finalising the details of a bigger strategic partnership, with the potential to roll-out together to thousands of Australian homes and businesses.

Now that announcement has been made, and the Evergen team clearly shares the excitement we are feeling at Wattwatchers.

Evergen is highlighting the inclusion of Wattwatchers into its solution stack on its freshly updated website, introducing the ‘Evergen Controller’, a Wattwatchers device own-branded for our new partner. 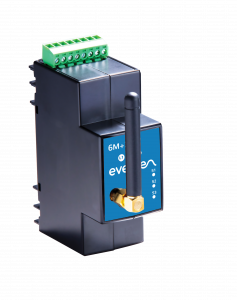 The ‘Evergen Controller’ … with Wattwatchers inside

You also can read about the new Evergen-Wattwatchers partnership via the media announcement that Evergen released recently, covered by the Smart Energy Council and Energy Source & Distribution.

Evergen is not your usual EnergyTech startup or scale-up. It didn’t start its technology journey in a backyard shed (in contrast to Wattwatchers, which actually did kick off its technology development in a garage-turned-lab, and its business side under a poolside pergola).

Rather, Evergen is the technology lovechild of a relationship fostered several years ago between Australia’s premier science agency, the CSIRO, and major financial group, AMP Capital.

Evergen was an early mover for a better energy future. Its team foresaw homes powered mainly by clean energy that they generate themselves from solar PV panels on their rooftops; storing some of those electrons in battery systems to time-shift them from daylight hours to night-time; moving into trading with the electricity system, as opportunities evolve to sell to the grid, or peer-to-peer to other households; and applying the CSIRO’s ‘Energy Intelligence’ algorithms to maximise the efficiency of the whole putting-the-consumer-in-control process.

The results cited by Evergen are outstanding. An average across its early customer base of greater than 75 percent savings off their household energy bills. Hence Mirvac’s selection of Evergen to anchor its ‘House with No Bills’ exploration of the journey to deliver net-zero emission homes. 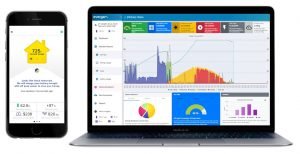 Evergen’s customer app … and its customer portal. Wattwatchers-enabled data is now being added into the solution mix.

What our team at Wattwatchers really like about Evergen is that they are not prepared to rest on their laurels, and say: ’75 percent-plus is near enough!’ They want to save even more, which is a key reason why Wattwatchers is being introduced into the equation with the ‘Evergen Controller’, to push the savings average towards circa 90 percent.

There’s also an implicit mutual understanding between Evergen and Wattwatchers that we are still only in the early days of the consumer energy revolution, with enormous transformation still to come, including virtual power plants, real-time orchestration of household electrical loads for demand response, and the inevitable proliferation of electric vehicles.

At Wattwatchers, we are delighted that Evergen is building our solutions for monitoring and controlling electrical circuits in real time through the cloud into their stack.

There also are clear opportunities to return the favour, with installing a Wattwatchers device offering homes and small businesses a cost-effective path to assess their site’s suitability for a solar+storage+energy intelligence package, and to understand upfront the payback they could expect from investing in it. The Evergen formula won’t be right for every household, but Wattwatchers can play a key role in assessing who it makes sense for, and who it doesn’t.

Launched in August, 2016. This is how RenewEconomy reported it.

… and AMP Capital’s announcement of its investment in Evergen.

The CSIRO role explained. This how the CSIRO’s own magazine, Ecos, reported it in February 2017.

… and 2018 winner of the in-house CSIRO Entrepreneurship Award

AMP Capital ‘recharges’ its investment in Evergen, as reported in the Australian Financial Review in April 2019, coinciding with the appointment of new CEO Ben Hutt 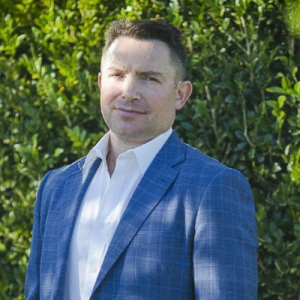 … and subsequently, in June 2019, Evergen reveals plans via the AFR’s online edition to become an energy retailer.