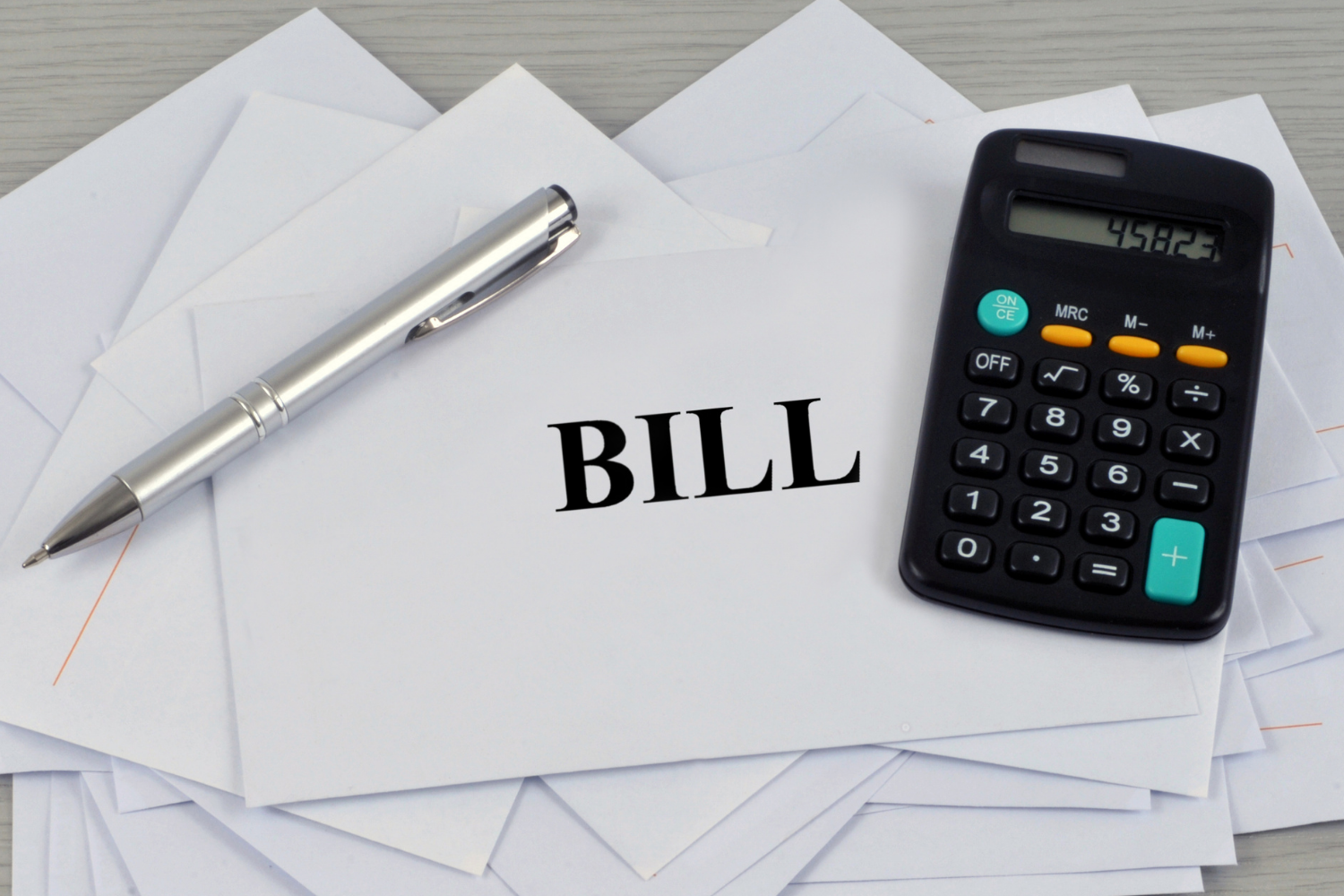 When the Australian Energy Regulator (AER) proposed that energy retailers be required to include ‘solar usage’ 0data on customer electricity bills, as part of its Better Bills Guideline consultations, we thought it sounded too good to be true. But we were assured it was genuine and we made a submission supporting it. Unfortunately, our original suspicion proved to be correct when a final announcement was emailed out to stakeholders on Friday evening, 1 April (it wasn’t a joke, and was formally dated 31 March).

Using the Wattwatchers My Energy Marketplace (MEM) database of thousands of Australian households connected to the main electricity grid, we can show that consumers with their own rooftop solar are consistently receiving power bills that don’t tell them the whole story.

Based on a MEM sample of 103 residential sites with rooftop solar, we found that household electricity usage calculated on power bills from energy retailers will be understated on average by a factor of about 62% for these homes.

The main reason is that the so-called ‘smart meters’ which energy retailers use to gather data and produce the bills can only capture ‘grid import’ and ‘solar export’ readings, and are blind to the total solar electricity that customers ‘self-generate’, and also to the portion they ‘self-consume.’

This is arguably an ongoing failure of the regulated energy market, and a great example of how the traditional system is struggling to deliver, or even augment the digitalisation and data-driven solutions that are fundamental to a clean and smart energy transition.

Nearly a third of Australia’s small-scale electricity consumers, numbering more than three million households and small businesses, are now generating clean power from their own rooftops.

If any of them are relying on their official power bills to show them a true picture of their electricity production and usage, however, then many (if not all) of them will be misinformed and disappointed – assuming they are even aware of the problem!

Importantly, when retailers can’t ‘see’ behind-the-utility-meter solar, market and network operators can’t see it either, and therefore can’t properly manage a 21st electricity system with rising penetration of distributed energy resources (DERs) like rooftop solar. And that’s before the inevitable proliferation of electric vehicles! (This lack of effective ‘grid visibility for DERs’ was identified in the landmark 2017 Finkel Review into the future security of Australia’s electricity system, and could be addressed by requiring real-time monitoring of small-scale solar systems with secure cloud-enabled access for grid/network operators.)

The numbers above are based on the daily readings from the 103 sites being aggregated over a one-month period (January 2022, which had 31 days).

As outlined earlier in this article, power bills being provided to customers with onsite solar are inherently misleading because they significantly understate the true level of total consumption. The more solar households optimise their investments, the less their bills will represent the true level of consumption, and additional analysis of MEM datasets shows this problem increases as new loads such as electric vehicle charging are included.

We contend that consumers with solar would be far more likely to optimise their electricity use, and therefore reduce their power bills further, if they could see this full picture all in the one place, on an official bill (and tax invoice) which they should be able to trust implicitly.

Now we have more evidence

The Wattwatchers team has long been aware of the inability of typical utility smart meters to capture solar generation and self-consumption data. But now, thanks to the AER’s recent Better Bills Guideline consultation process, it’s been put on the official record by the Australian Energy Council (AEC) among other stakeholders.

Wattwatchers has reviewed many of the public submissions to the AER for the Better Bills Guideline consultation, and these show that, among others, the AEC as the peak body representing energy retailers asked the AER to delete the ‘solar usage’ requirement from its draft Guideline. And it did!

The AEC’s submission told the AER: ‘… the AEC understands that “solar usage” is information that is not readily available to retailers. Most meters in the National Electricity Market (NEM) only record solar export, with in-home consumption only identifiable by subtracting that exported volume from the total generation. Total generation is not always captured, and where it is most commonly captured on an onsite inverter or monitoring device rather than a market-facing meter.’

The main problem with this position is that many of Australia’s 3 million-plus electricity consumers with rooftop solar don’t have other smart technologies (such as those provided by Wattwatchers) installed to monitor their solar generation and self-consumption, so the bill is their main document of record for electricity usage – and it’s missing key information for understanding their usage, and also for optimising the financial return on their solar investments.

Elsewhere in its submission, the AEC explained: ‘For the most part, consumers use the bill to find out how much to pay, find out how much energy they use (our emphasis), and for checking how the bill was calculated.’ But because utility metering can’t ‘see’ the solar generation and self-consumption, it simply can’t tell customers with solar ‘how much energy they use’, nor if they would have been better off self consuming more rather than exporting (for many customers the value at stake from solar optimisation will exceed any benefits to be gained from switching between energy retailers, but they need to know this!)

What the big 3 retailers had to say

The energy industry’s own understanding of this issue is questionable, based on the submissions reviewed by Wattwatchers, including those from the ‘big three’ traditional energy retailers AGL Energy, Energy Australia and Origin Energy.

In its submission (Appendix 1, page 13), Origin Energy told the AER: ‘Origin views that solar usage and export generally means the same. We are uncertain what the difference is.’

For Origin’s benefit, the difference is that solar exports mainly only earn the customer a small and decreasing feed-in-tariff (FiT)*, in the order of 5-6 cents per kWh, a bill deduction via the retailer in recognition that customers are pumping their clean electrons back into the main grid for other customers to use. Solar usage via self-consumption, meanwhile, is saving the customer from having to pay full market rates (typically in the range of 25-45 cents taking into account flat tariffs, peak rates etc.) for that part of their total consumption, which directly and substantially cuts the amount they have to pay the retailer.

If consumers can’t see the true picture, they often struggle to maximise their solar self-consumption and to minimise their use of grid-supplied electricity. As well as costing them more, in an increasingly ‘Net Zero’ focused world the grid-sourced component still mainly comes from polluting fossil fuel generation (coal and gas).

AGL Energy, meanwhile, displayed a greater degree of sophistication, urging the AER to consider alternative ways for retailers to communicate information to customers outside of a standard bill format, such as through apps. Providing an example for sites with solar and home batteries, AGL’s submission said: ‘… AGL solar and battery customers receive near real-time information about their energy generated by their solar PV and their battery usage through the AGL App.’

Energy Australia’s submission opposed being required to include solar usage data on bills, but submitted that: ‘Customers currently have the capacity to access this information by reviewing their solar inverters, with many now providing web and app-based services for this function.’^

*The exception to meagre FiTs is where customers with solar are still on one of the generous ‘gross feed-in-tariffs’ that a number of state and territory governments promoted historically to incentivise consumer investment in rooftop solar, but have now been stopped entirely, or are in the process of being phased out.

^ We contend that to be well informed to enable effective energy use actions and decision-making, customers should be able to see the full breakdown of grid-sourced and solar-sourced electricity on their bill, as a single source of truth, and not have to go looking for bits and pieces of data; or, alternatively, the bills for solar customers should be upfront and explicit about their limitations.

What can customers with solar do now?

With ‘solar usage’ now dropped from the AER’s Guideline for what information should be included on customer power bills, it is more clear than ever that consumers with solar are on their own in terms of understanding the real picture for their electricity usage.

If this is you, and you feel up for doing battle with the monolithic energy system, you can write and complain to your power company when you receive a monthly or quarterly bill that tells you your average daily consumption is much less than the true figure (i.e. because it is calculated based on net imports from the grid, after your solar exports are taken into account, rather than as net imports + solar self-consumption).

Or, of course, you can bow to the regulated energy market’s obvious but unaddressed deficiencies, and get your own monitoring to manage and optimise the combination of grid imports, solar generation, solar exports and solar self-consumption. Many solar inverter systems now provide this via an app, and if you pay more may include your grid import and export data as well, or you can use independent monitoring solutions like Wattwatchers.

Responsible retailers, meanwhile, should make it clear on their bills to customers with solar that the electricity usage information provided only applies to the ‘grid-supplied’ portion of whatever power they are using. And that if they need or want to know their full usage of electricity, they need their own strategy to get the data.

Of course the lack of visibility of solar generation, self-consumption and supply status isn’t just a problem for individual consumers. It hampers the safe, stable and effective operation of the whole grid, because solar is a key distributed energy resource (DER) and a key part of the grand plan for a cleaner, smarter, and more resilient and affordable energy future.

Thank you to Wattwatchers’ Adriaan Stellingwerff for data science support for this article. A more-detailed breakdown of the 103 sample sites is provided in below.

Figure 3 (above)  shows the breakdown of electricity usage per site (each row represents a site). On the left in absolute values (kWh), on the right in relative values (%).

Figure 4 (above) shows the breakdown of solar generation per site (each row represents a site). On the left in absolute values (kWh), on the right in relative values (%).

All Posts »
PrevPreviousMicrogrid v The Grid: A perspective from the town of Heyfield
NextExperienced technology industry executive Mark Gill joins the Wattwatchers board of directorsNext